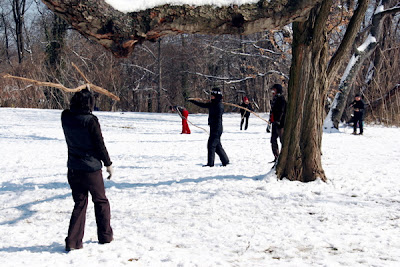 What a difference the sun makes! The cold was bearable even though the temperature was in the twenties. And the light — it was so bright as to be blinding, but mostly it filled the spirit! The sky, an infinite expanse of blue. 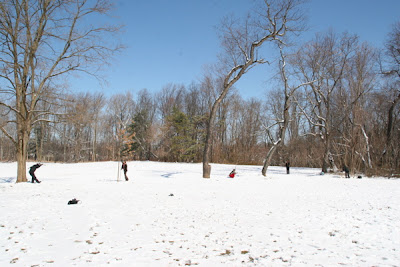 We worked along a single line of trees, each relating to one in particular. Several themes emerged. 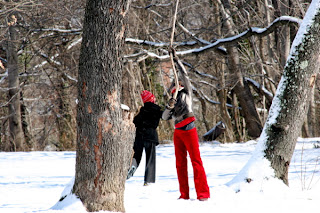 The reaching up to the sky and the trees. 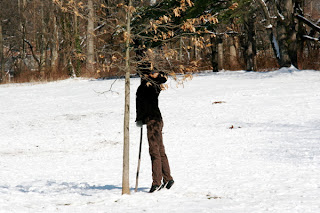 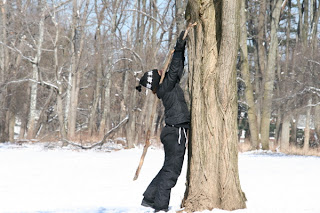 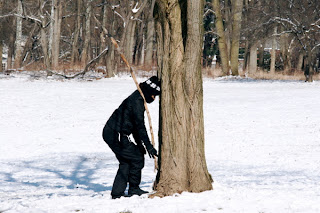 The leaning into the trees. 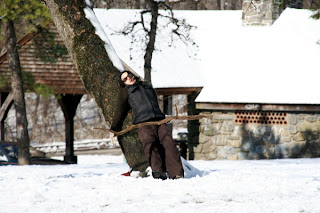 The snow was hard and crunchy giving way under our feet and interrupting the flow in weight shift. 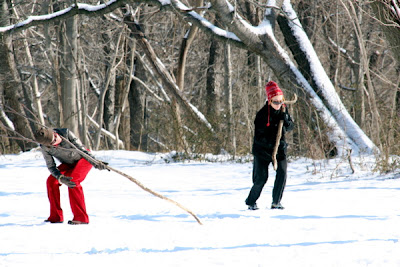 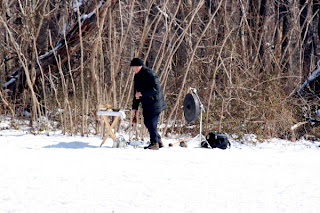 No use fighting it. We incorporated interrupted flow into the movement and the crunching became part of the sound. 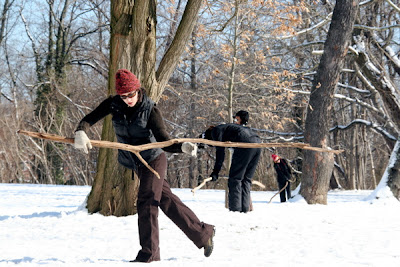 Staying present to the moment something new is revealed. 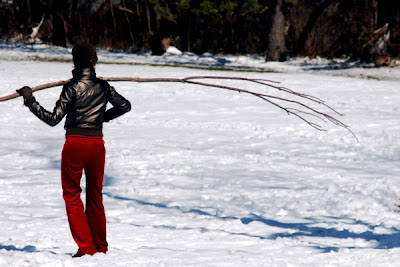